Día de los Muertos, or Day of the Dead, is a celebration of life and death. The holiday originated in Mexico, but it is celebrated all over Latin America with colorful skulls and skeletons. And lets not forget food.

It has become rather common to look at the Day of the Dead celebrations as merely a Mexican version of Halloween. But that is wrong, because there is so much more to it than that. The Day of the Dead isn’t just different from Halloween, it’s also much older too. According to historians it dates back as far as 3000 years! In the ancient Aztec Empire empire, Mesoamerican people dedicated festivals to the goddess of the Underworld, Mictecacihuatl. The Aztecs considered mourning the dead disrespectful. The dead were still members of the community, kept alive in memory and spirit—and during Día de los Muertos, they temporarily returned to Earth.

These festivals were traditionally held in the ninth month of the Aztec calendar, which roughly comes down to August. But after the Spanish conquest, it was moved to November 1 and 2 to have it coincide with the Roman Catholic holidays of All Saints and All Souls Day. And in the 1960s, the Mexican government decided to use the Day of the Dead tradition as a means of unifying the country and turned it into a public holiday.

The Day of the Dead is an important tradition in Mexico. The origins of the celebration are based on the belief that the gates of heaven open at midnight each October 31 allowing the spirits of departed children, known as “los angelitos”, to reunite with their families for the next 24 hours. Then on November 2nd, deceased adults are honored and remembered.

Food plays an important part in the festivities. It is thought that the souls are hungry and thus families prepare their favorite foods, such as tamales, moles, stews, beans and tortillas. The strong aromas of the heavily spiced foods are expected to guide the souls home. And in most cases families start eating the meals themselves the day after to make sure that the departed have had their portion and are satisfied.

Specially made for the holiday is pan de muerto, or bread of the dead, which is a round loaf of sweet, brioche-like bread that’s topped with strips of dough shaped into bones or skulls and sprinkled with anise seeds or molded into human figures called animas. The bones might be arranged in a circle, as in the circle of life. Tiny dough teardrops symbolize sorrow.

Making a pan de muerto yourself can be time consuming, as in roughly 70 minutes. But if you want to get a taste of the Mexican way of celebrating the dead, then here’s a good recipe for how to make Bread of the Dead. 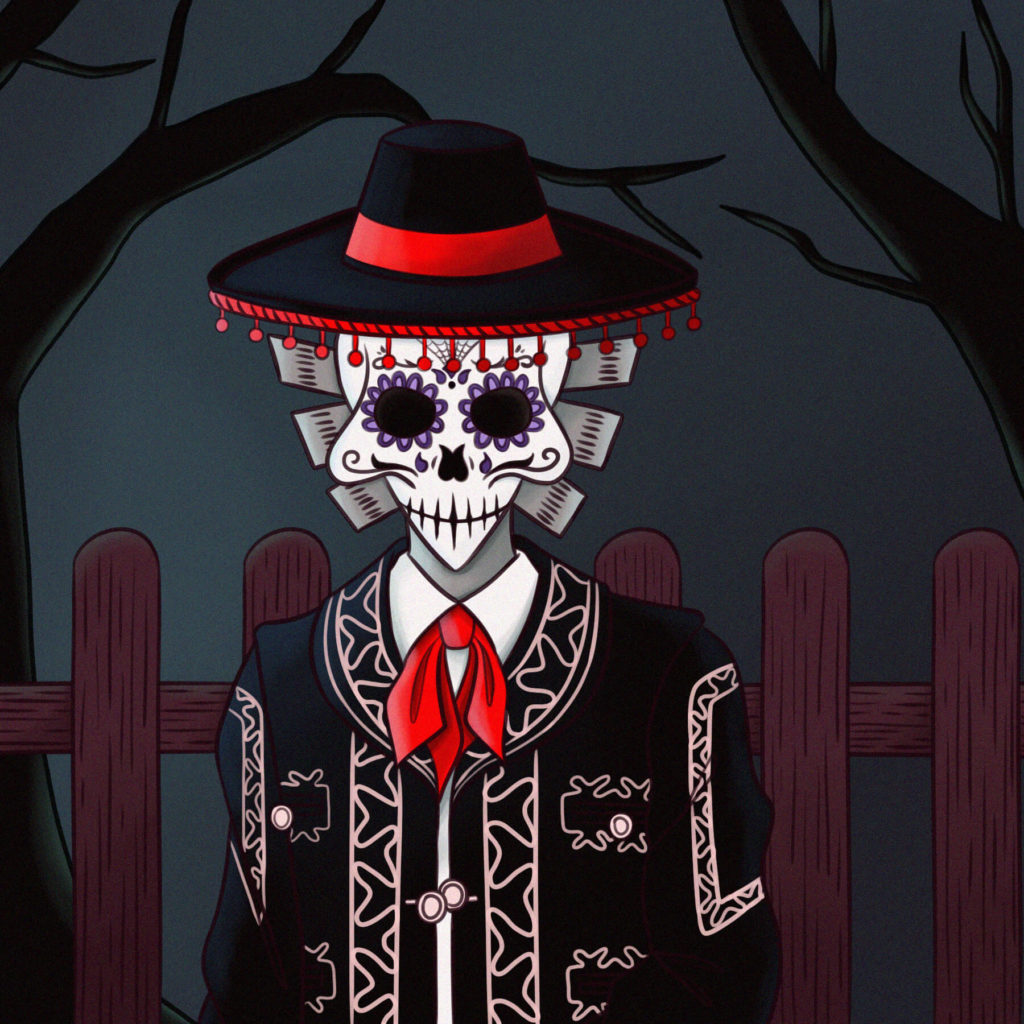 Enjoy your atoles and moles in good company!

0 comments on “Day of the Dead and Food”