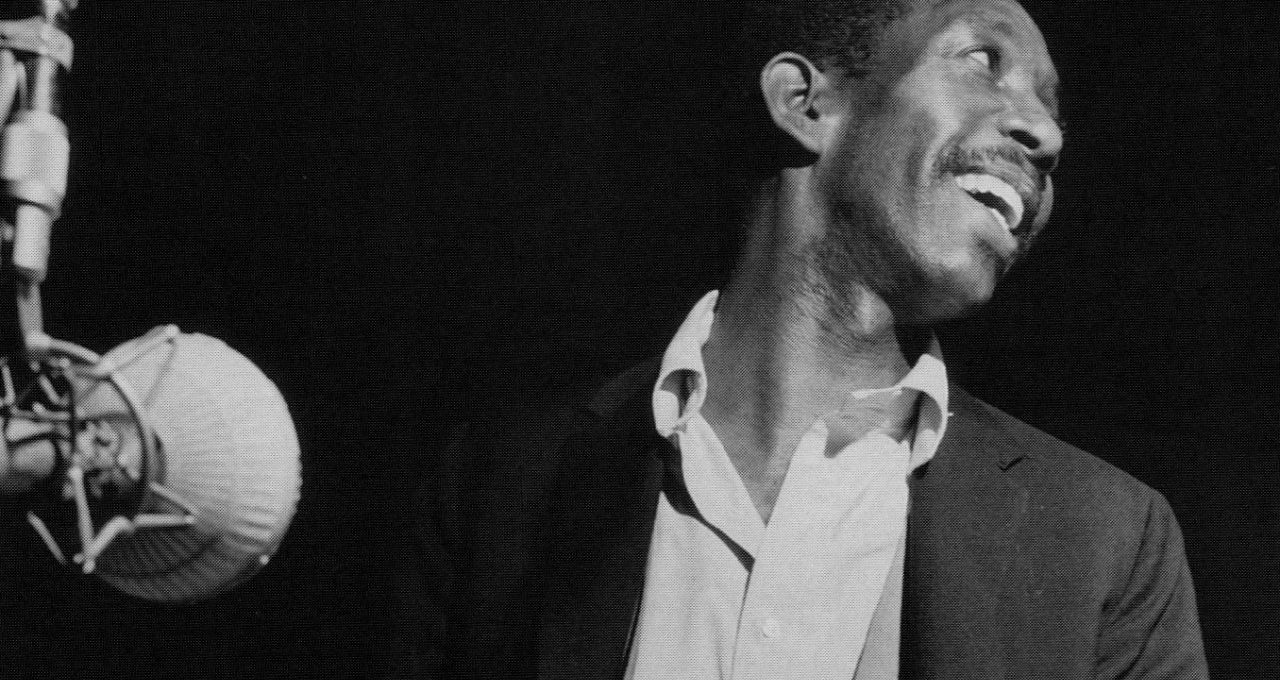 McKinley Howard “Kenny” Dorham, who died of kidney disease in 1972 at the age of 48, was a trumpet player of authority and great style; he moved from his early days in the be-bop era to the 1960’s progressions of the music gracefully, without showing the permanent markings of his youth.

The clean, soft definition of his tone, and his writing on albums like ”Una Mas” and ”Quiet Kenny” — and such commonly played tunes as ”Blue Bossa” — have influenced many contemporary players; he was a composer whose tunes are still played, a pianist, a singer and possibly the most famous jazz musician to write a considerable amount of jazz criticism, for Downbeat magazine, for which he was a staff reviewer in the mid-1960’s. But for many reasons — he wasn’t a leading force of any particular school and some of his most memorable tunes appear on other people’s albums — he has been a little difficult to canonize.
— Read entire article on The New York Times

In Miles Davis’ autobiography, one of the mightiest forces in music, let alone jazz, recounts a 1956 winter date at Cafe Bohemia, a onetime Greenwich Village staple. The trumpeter hadn’t yet banished saxophonist John Coltrane and all-time drummer Philly Joe Jones from his short-lived “first great quintet” despite both addicts having become liabilities. Davis’ critical confirmation from the four-album Prestige Records run with the quintet and his indomitable Columbia Records debut, ‘Round About Midnight, remained imminent.

His friend Dorham asked if he could sit in. Davis rarely ceded the stage to anyone, but he loved and respected the Texas-born trumpeter, whom he recognized as a peer. In the only anecdote of its kind in the book, the bandleader recalls working over the packed venue before introducing his guest. Dorham swelled in his trademark romantic elegance to the chagrin of the infamously prideful Davis, who quickly realized he was being buried alive.

In search of solace afterward, Davis asked saxophonist Jackie McLean how he had sounded: “[Jackie] looked me straight in the eye and said, ‘Miles, tonight Kenny is playing so beautiful, you sound like an imitation of yourself.'”

Davis gathered his possessions angrily, including his self-esteem, and walked out without saying a word. He glanced over at his compatriot, who he remembered “had this shit-eating grin on his face and was walking like he was 10 feet tall.”

“[Dorham] knew what had gone down – even if people in the audience didn’t,” wrote Davis about his defeat, residual steam still evident in 1989. “He knew, and I knew what had happened.”

Dorham wanted the audience to know. He had come all this way to tell them before it was too late.
— Read entire article on The Austin Chronicle

Una Mas, on the front cover titled Una Mas (One More Time), is a jazz album by trumpeter Kenny Dorham and his quintet, released in 1963 on Blue Note as BLP 4127 and BST 84127. The album would be the next-to-last studio session led by the trumpeter, since after 1964, he began to fade and disappear from the jazz scenes. Una Mas features three compositions by Dorham himself and the jazz ballad “If Ever I Would Leave You”, originally composed by Loewe/Lerner for the musical Camelot. “Una Mas” is a 16-bar tune pertaining to bossa nova genre. Dorham felt positive about it: “The groove was very good. […] You can switch to almost any kind of feeling when you’re improvising on this; from bossa nova to blues.”

Kenny Dorham, difficult to canonize -maybe so- but a true legend 10 feet tall.