Adobo is a Latin American inspired blend of bold and savory spices. Mexican flair is added with the inclusion of chilis. For many, adobo is the ultimate marinating spice blend, with a name that comes from the Spanish word “adobar,” meaning, “to marinade” and dates back to the 1500s.
· · · ◊ ◊ ◊ · · · 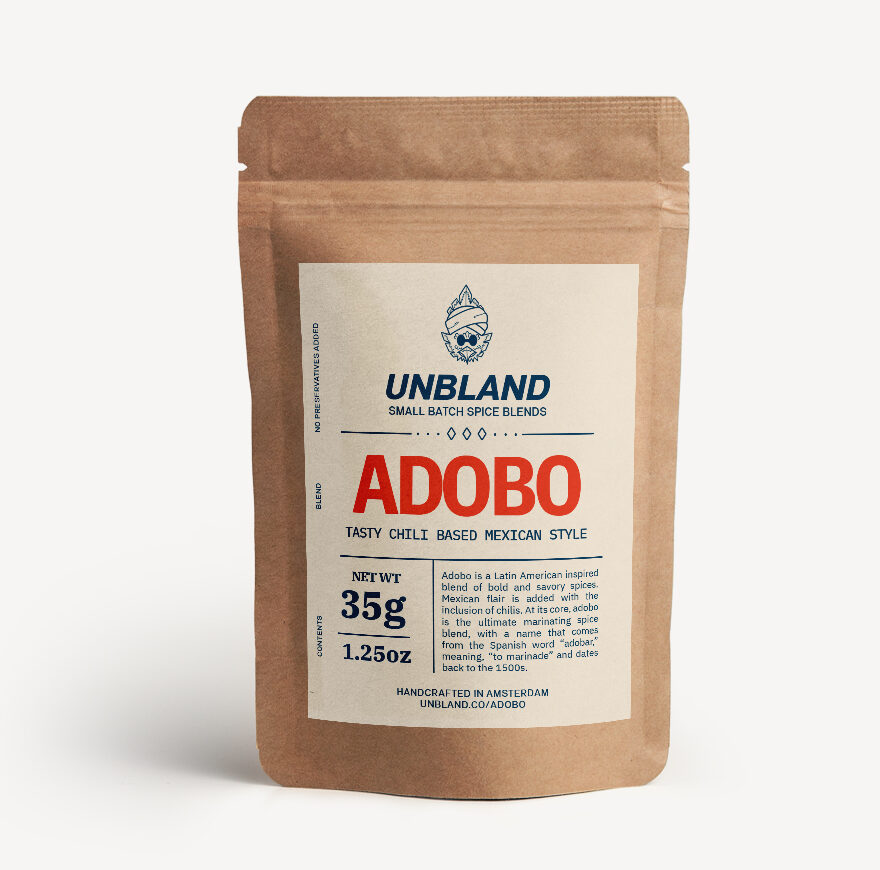 In short Adobo is a savory all-purpose seasoning that contains garlic, oregano, pepper, and other spices and is used in Mexican and Latin American cuisines.

The use of adobo seasoning was widely adopted throughout Spanish and Portuguese colonies. Like many spice blends there are several forms of adobo seasoning used throughout Latin America and Asia. The versions in one region can differ significantly from those in another. Same goes for cooks and families. Such is the beauty of blending spices.

The dry version of Adobo is mostly used on a variety of meats. Sprinkle it or marinade before grilling. One thing is for sure, the flavors of the Adobo blend make sure you’ll keep it within reach when cooking. 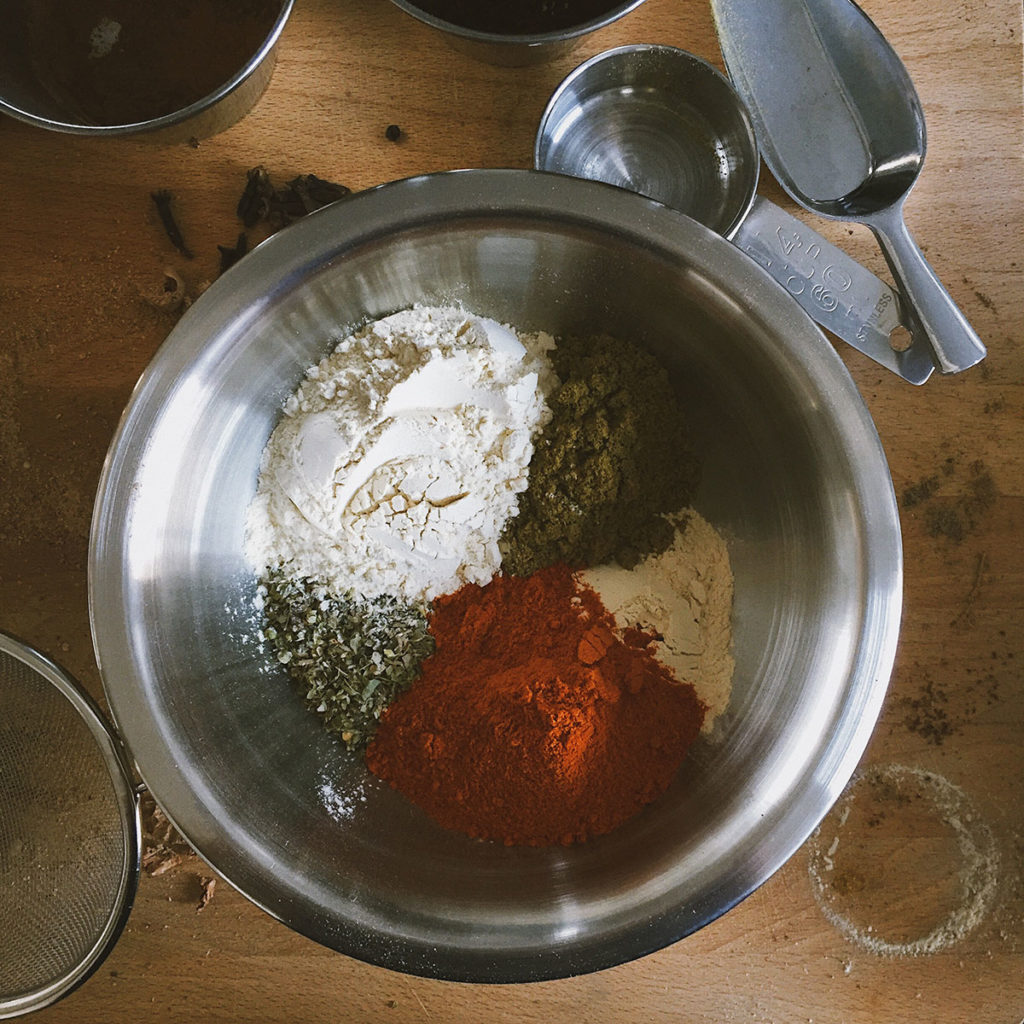 01
Pictured left all five spices used in our Adobo blend.