Chaimen is an authentic Armenian spice blend. The aromatic mix of spices provides tons of distinct flavor to your meat or vegetable dishes. Our blend is typically made of ingredients such as paprika, salt, black pepper, cumin, cayenne pepper, allspice, garlic powder and fenugreek. 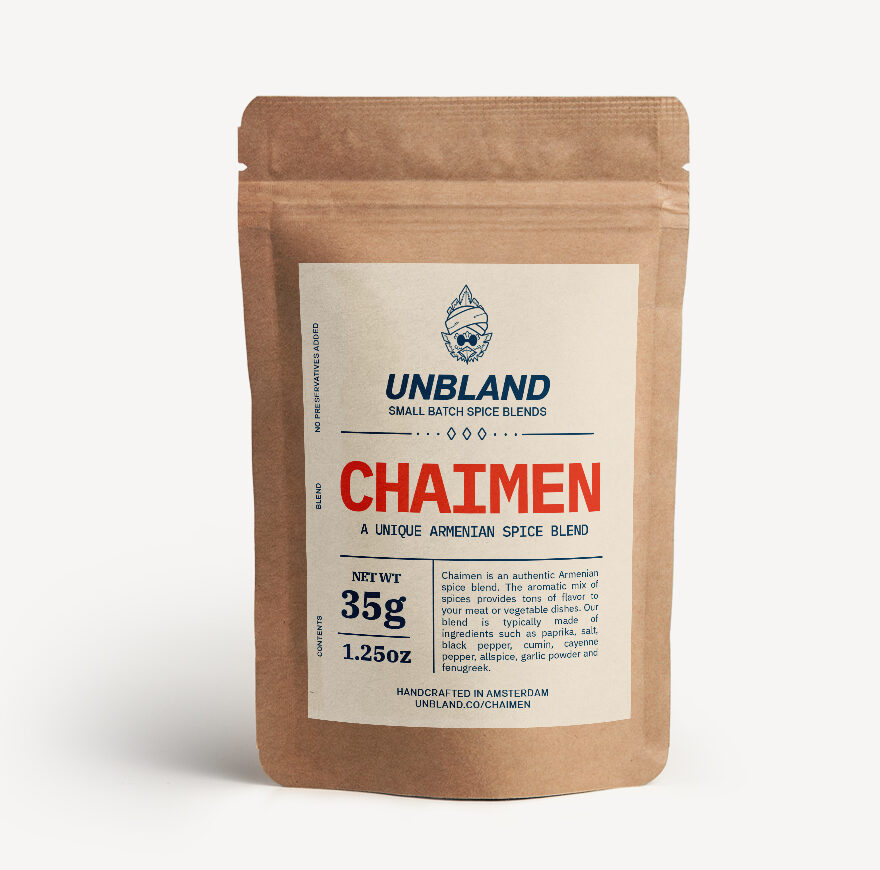 Armenians are a people with an ancient culture who originally lived in the region known as Armenia, which comprised what are now northeastern Turkey and the Republic of Armenia. Although some remain in Turkey, more than three million Armenians live in the republic. Large numbers also live in Georgia as well as other areas of the Caucasus and the Middle East.

The ancient Armenian culture found expression in architecture, painting, and sculpture. Armenia is part of Middle East. Armenia's religious scene, however is rather European. Armenia is known for its beautiful landscapes, its cuisine, culture and history. Since Armenia was the first country to officially adopt Christianity, you can find some of the world's oldest churches and monasteries located in the extremely beautiful natural settings.

You can use the Chaimen spice blend just by adding it to your vegetable stew or soup or as a rub for your meat. Another way is to use it as a marinade by adding it to tomato paste, garlic, yoghurt or olive oil. Chaimen is also popular as a dip. Just add a little water at a time, stir well until a loose paste is formed. Spread it on meat or dip your bread in it.

The Chaimen spice blend has a distinct and aromatic flavor. A slight amount of cayenne pepper brings a certain spicyness. 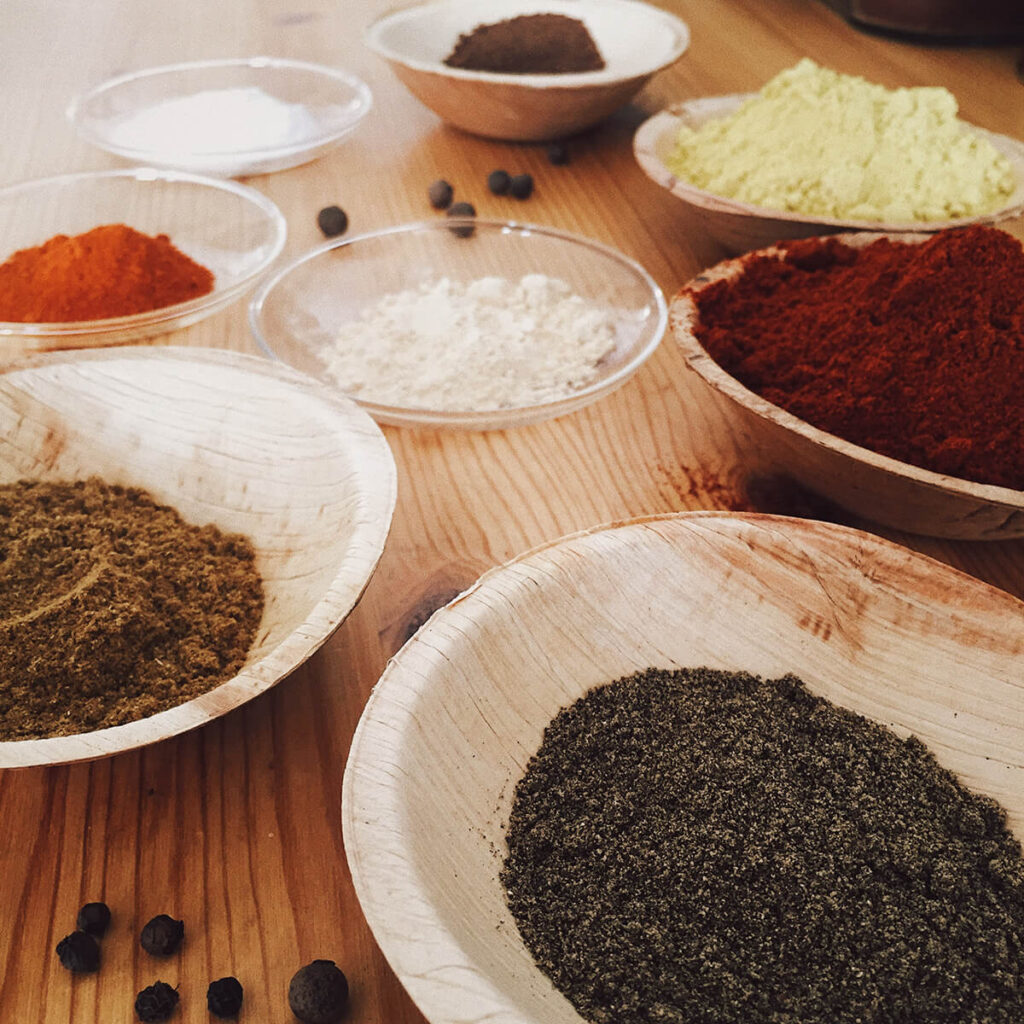 Pictured: all eight ingredients used in our Chaimen blend. 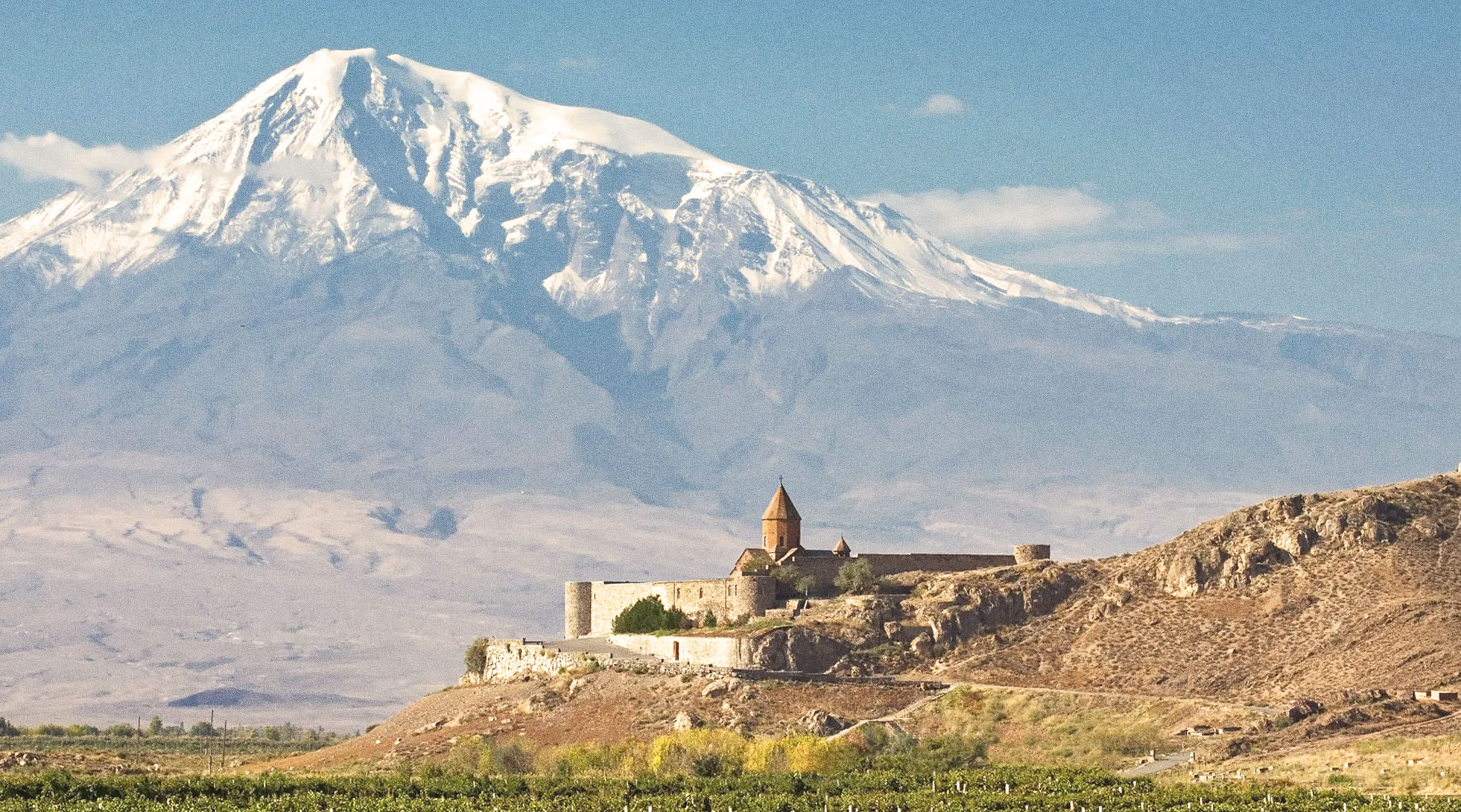