Char Masala is a rich Afghan curry spice blend. Despite its meaning of four spices, its rarely made out of four. Our blend contains cloves, cinnamon, cumin, cardamom and black pepper. Its very aromatic when used on vegetables, meat or fish or for rice pilaf.

With neighbouring countries like Pakistan and India, it is no surprise they have an influence on each others cuisine. And as such, Char Masala has its roots both in Afghanistan and India. Tied together since ancient history of the famous Silk Road where cultures collided and recipes were shared along its route of thousands of miles.
For some Char Masala is a simplified version of the Indian Garam Masala. But Masalas come in all kind of flavors and mixtures depending on the region and the cook. No doubt, one Masala recipe was once shared or introduced and then adapted differently by each culture.

Afhanistan has always been a crossroad between eastern and western Asia. Caravan traders, migrants and travelers all left their marks on Afganistan’s cuisine. Because of this, Afghanistan has the broadest compliment of spices from around the Old World. Containing flavors from Africa to the Pacific.

Char Masala is a versatile blend and can be used on vegetables and fish or as a spice rub for grilled lamb, beef or chicken along with a sprinkling of salt to your own tasting. Another typical and traditional use it to make a rice pilaf with it. Just brown a few pinches of the blend in hot oil before adding basmati rice and water.
Char Masala is the main spice blend in original Afghani rice recipes such as Qabali Palao, Palao and Shola (Afghanistan’s classic chicken and rice dishes).

Char Masala is a savory spice blend with a rustic and earthy tasting. 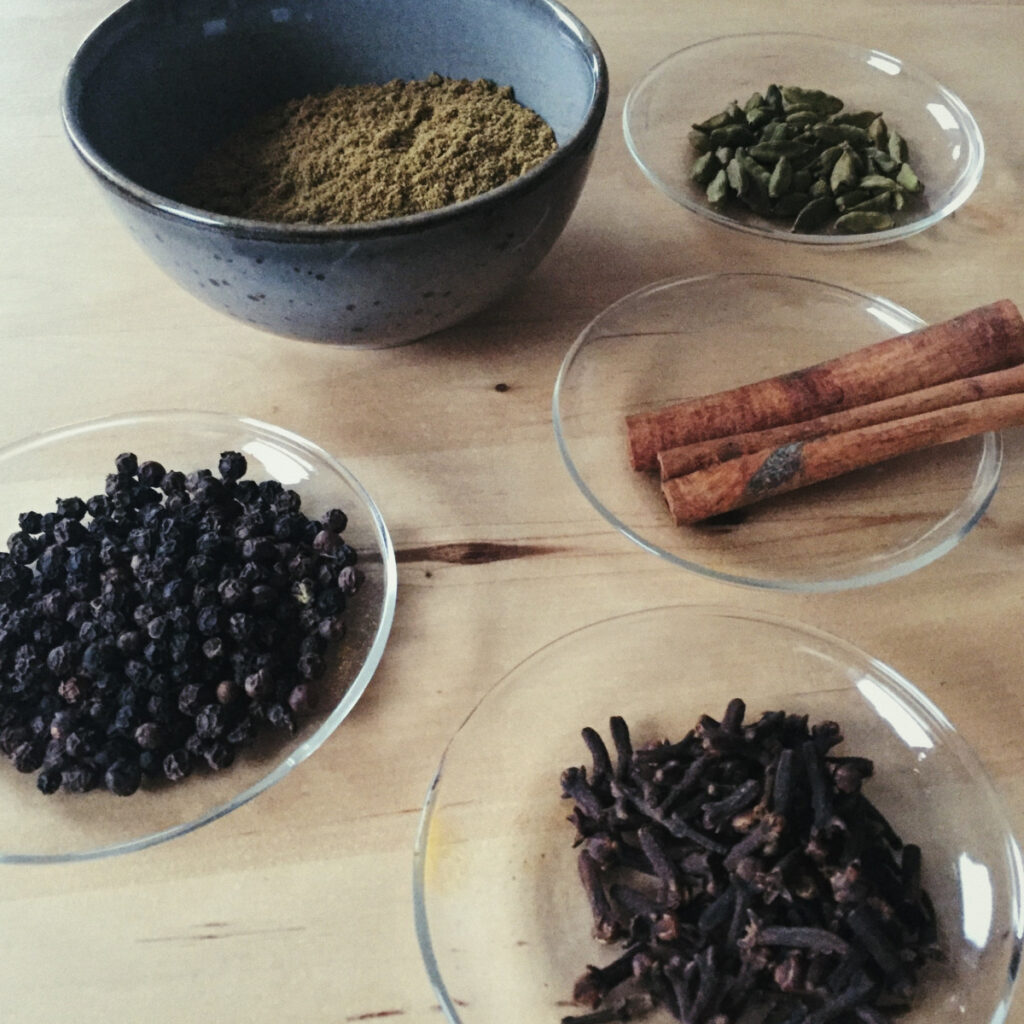 01
Pictured: all five spices used in our Char Masala blend.