This robust, fragrant spice blend known as quatre épices, or “four spices”, dates back to the European courts of the middle ages and is a favorite staple in French and some Middle Eastern kitchens as well. While its translation is Four Spices, this salt free blend can contain five or six spices. We use four though.
· · · ◊ ◊ ◊ · · ·

Originally used in baroque cooking, this blend of “four spices” — usually cloves, ginger of cinnamon, nutmeg and pepper — was used largely for making sausage and salami. There is also a sweet version used in gingerbread or cake.

While ingredients and proportions can vary from cook to cook, the most common versions of quatre epices focus on the pepper. The primary flavor is the heat from black, white, or cubeb pepper.

Along with its use in French kitchens, quatre epices is also used in Middle Eastern cookery. In Egypt it is a mix of cloves, cinnamon, nutmeg and pepper. Four spices in Tunisia usually means cinnamon, pepper, rosebuds and paprika while the Moroccan version includes cloves, nutmeg, ginger and pepper.

Quatre Epices brings warmth to your dishes and is often regarded as a blend for use in colder weather. And no better winter dishes than soups and stews. 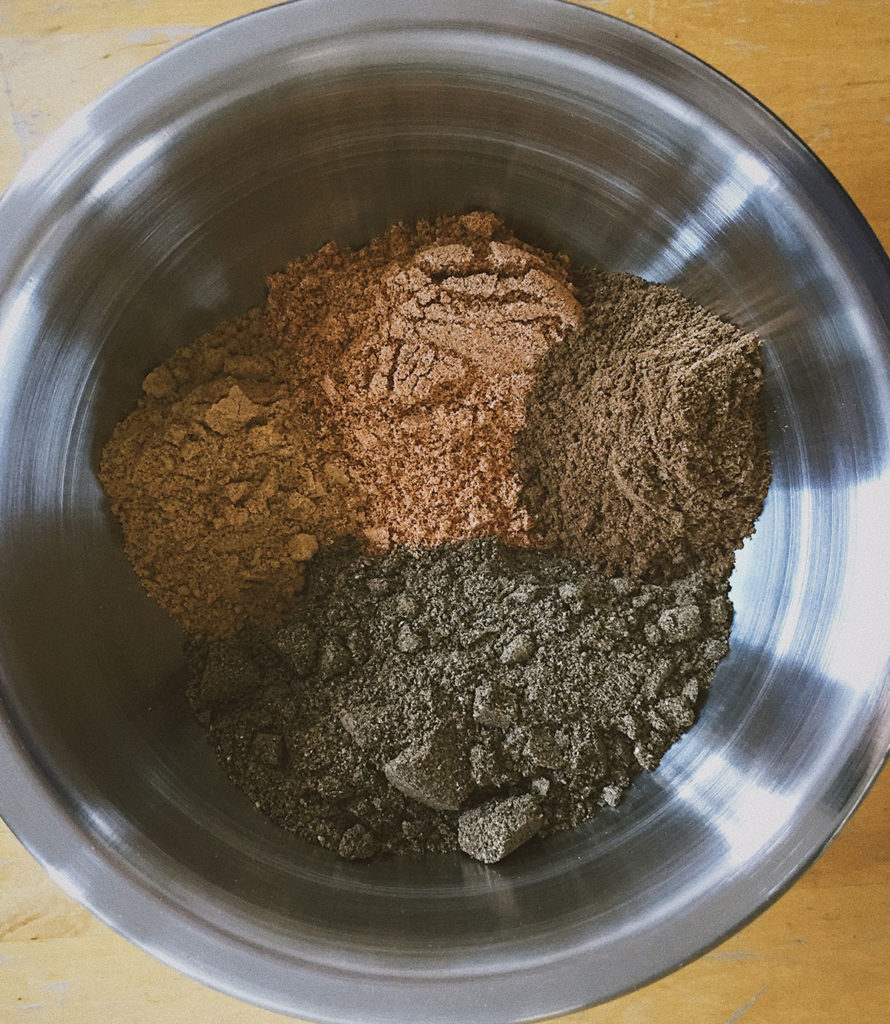