Shichimi togarashi is decidedly Japanese, but its roots are in Chinese herbal medicine. Each of its seven ingredients (“shichi” means “seven” and “mi” means “taste”; “togarashi” is Japanese dried red chili) brings a distinct flavor profile and herbal benefit to the colorful blend. 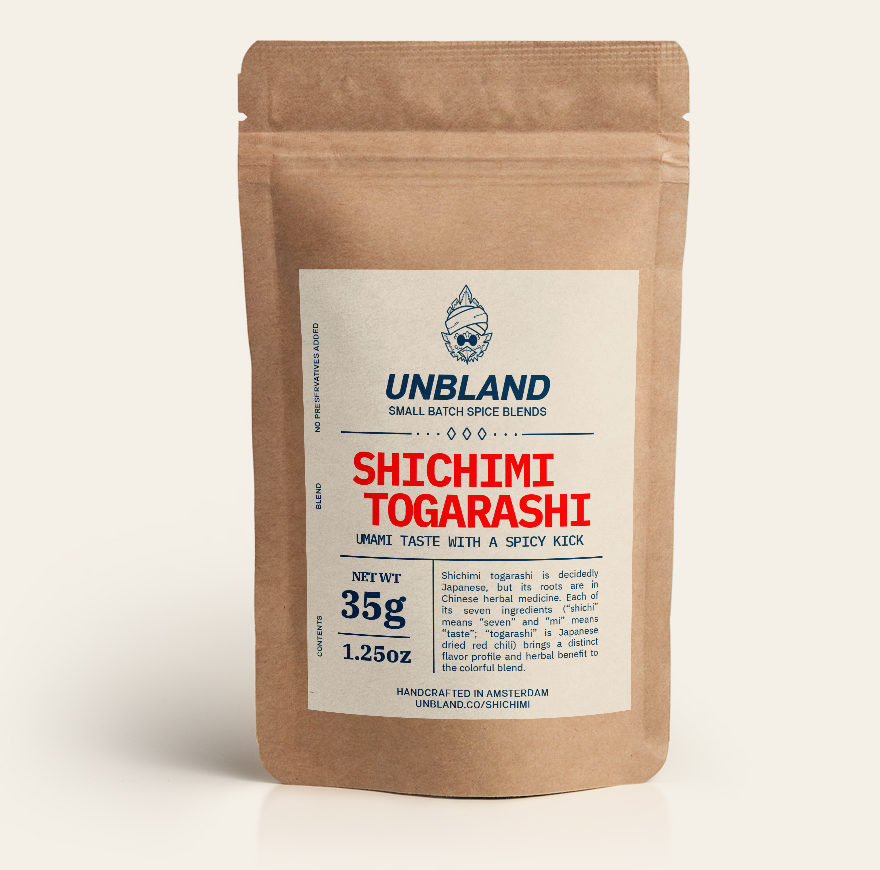 Shichimi togarashi is decidedly Japanese, but its roots are in Chinese herbal medicine. The herbal medicine idea was taken by the Japanese—not as largely practiced as in China—but it’s the idea of something being good for your health. Each of its seven ingredients (“shichi” means “seven” and “mi” means “taste”; “togarashi” is Japanese dried red chili) brings a distinct flavor profile and herbal benefit to the colorful blend. It’s a highly popular spice mix in Japan that dates back to the 17th century.

The blend is commonly referred to simply as togarashi. Still, to avoid confusion with ichimi togarashi (“ichi” meaning “one,” so “one-taste pepper”), which is merely ground red chili pepper, you should call it shichimi.

Shichimi Togarashi can be used in a wide variety of way’s. From sprinkling over noodles, eggs, vegetables, rice to rubbing over grilled meats, chicken and fish.
Next to traditional uses of the spice blend in your cooking, Shichimi Togarashi also tastes great on french fries and make your ordindary fries an instant classic.

Our Shichimi Togarashi blend gives a spicy sweetness. At first taste it provides a short tongue-tingling heat and then morphs into a complex and savory flavor. 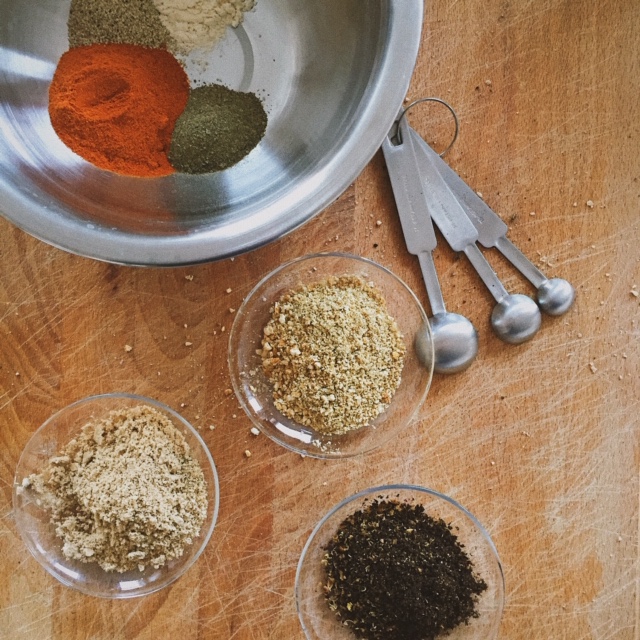 01
Pictured: all seven spices used in our Shichimi Togarashi blend.

We don’t post recipes ourselves but enjoy finding and curating them. Visit our recipe page for some delicious uses of the Tempero Baiano blend.

Are you an adventurous homecook? Here are some more blends that might interest you. 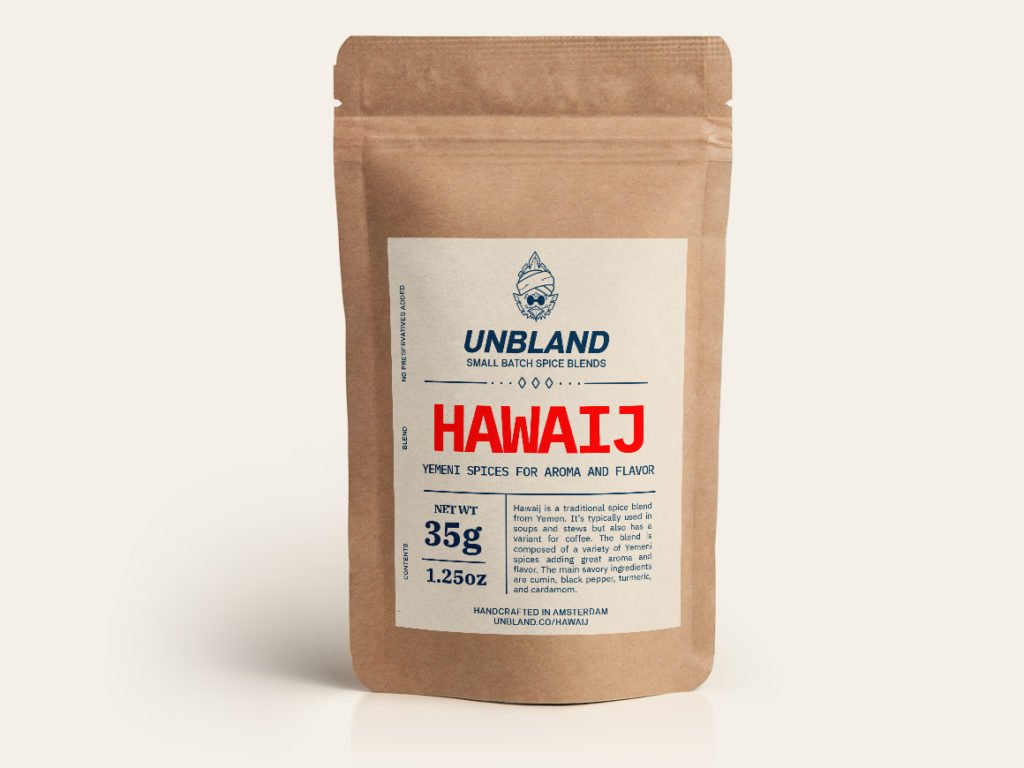 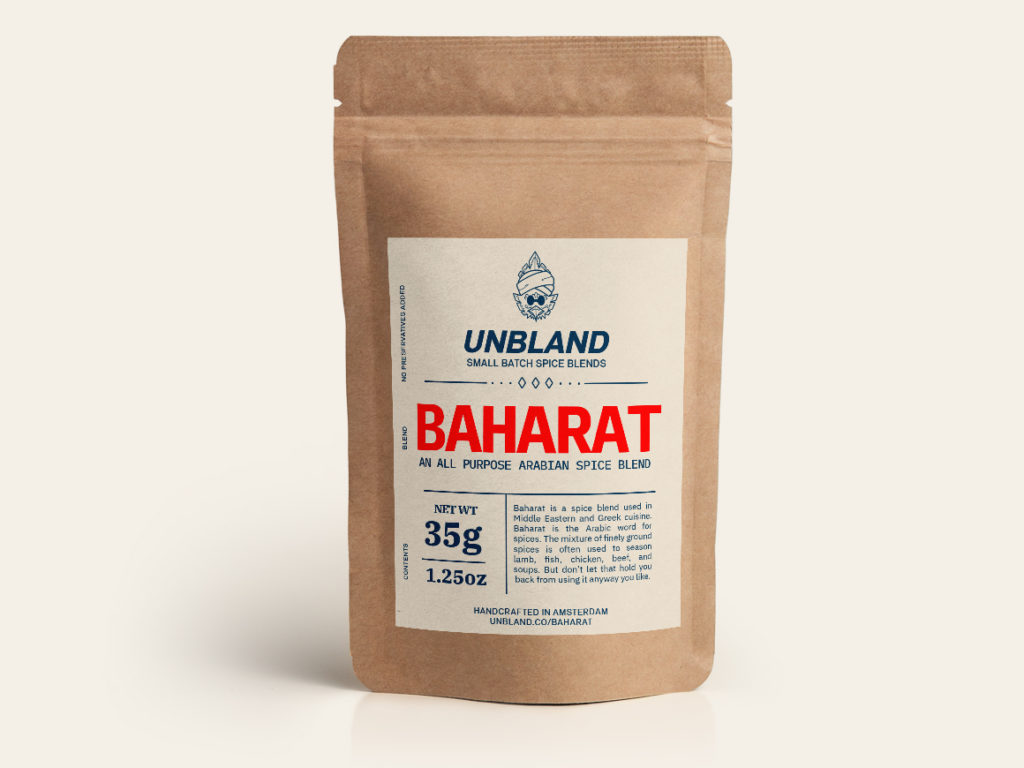